May, June and July proved to be a very busy few months with little to no time to keep up with posts on this blog. This is something I want to change going forward, but also something which I intend to detail below, with the predominant time consumption within this space of time was attending conferences.

CHI (Computer Human Interactions) – Right at the end of April spanning into May, CHI New Orleans was a conference centred around computing. Here I presented the work which took me from exploring Gather, to realising a deep issue with accessibility in emerging Meta spaces. From here I began to talk about the early stages of the sound only game we had been working on. At this conference I realised a lot about accessibility options within computing space. Especially highlighting the use case of Haptics alongside sound within virtual interactions.

Press A to Jump: Design Strategies for Video Game Learnability

Infosonics: Accessible Infographics for People who are Blind using Sonification and Voice

This was also the first time presenting my own work at an academic conference, something I was extremely nervous about. However I think each time I’ve done one of these presentations since it has only become easier!

In between CHI and DRS (the two conferences with papers listed above and below), I helped facilitate a workshop alongside Joe Lindley and Dave Green with a group of Blind and Visually impaired people where we played and analysed the non-visual game we had been developing. This was a great success and we are currently applying for more funding in order to continue this project. From the workshop we got a whole host of data, mainly comprised of observations from the blind and visually impaired co-designers who were recruited by Tim Ward from SASL (Sight Advice South Lakes). Below are sketch-notes created by Miriam Sturdee alongside heatmaps from the gameplay and other photography from the workshop: 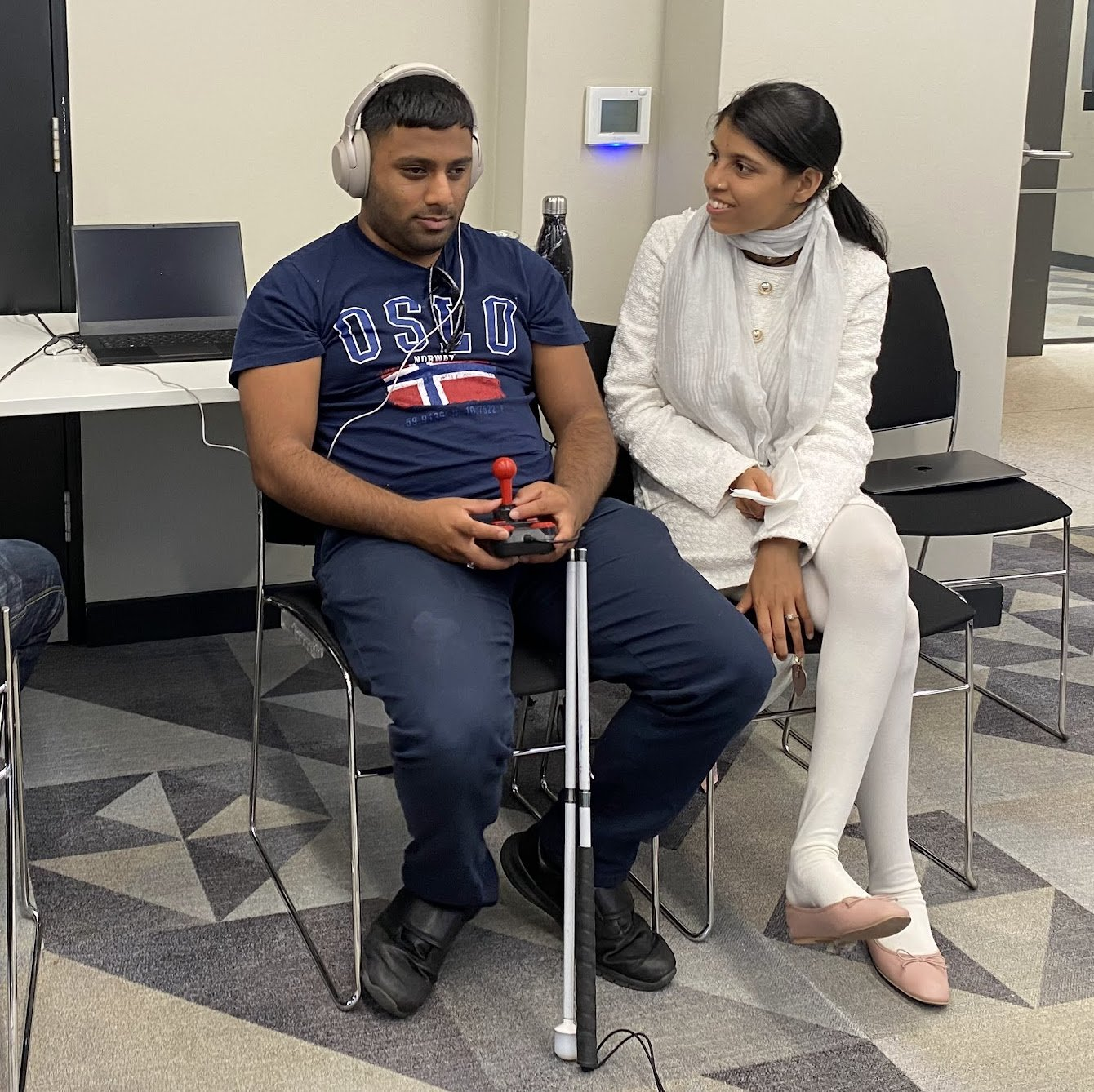 Before we ran this workshop, we also tested the game on a whole range of people at an event called MozFest run by Mozilla in Manchester in collaboration with BBC R&D. This was great in allowing us to understand certain smaller parts of the game that needed to be tweaked, alongside getting a gauge of how many levels would actually be beaten. At the workshop people far exceeded the levels beaten at MozFest even though their time played was less.

DRS (Design Research Society) – At the end of June in Bilbao, this conference was centred around design methodologies and approaches to designing. This conference poised some really valuable ethical questions in regards to co-design which would be really useful going forwards with my research practice. It also provided some great papers, especially focused around the design of sound highlighting how it has been undervalued in design spaces.

Soundscape gardens: An evaluation on use of the Northern Ireland hospice’s sound garden installation

Sounds that satisfy: Describing the relationship between sound and need fulfilment

Functional and sensible: Patient monitoring alarm tones designed with those who hear them

Soundscapes for storytelling and meaningful activity in dementia care

A designerly approach to the sonification of electric vehicles

The most significant takeaways from this conference were the papers focused around sound design toolkits for designers. I think they made me think about sound as a broader idea within games, and made me want to look into the consoles and platforms sound games are made with through a design fiction lens in order to consider them from a more holistic point of view.

DiGRA (Digital Game Research Association) – Which took place in early July in Krakow was a conference focused around the study of game. I went there to present my research about the sound only game we had been making. My research was especially design focused for this conference as many attendees were focused on the study of existing games cultural connotations or otherwise. I did find other people who had been working on how to design games, and even some specialising in accessibility in games documented below:

Movement interaction with a loudspeaker: an index of possibilities

All of the papers I’ve linked above will be highly useful when compiling my Thesis for my PhD and will allow me to improve the research around non-visual digital design especially in regard to games and accessibility going forward.