Here are 2 stylistic inspirations for the final film piece I am creating for design domain. They revolve around futuristic and vibrant graphics and this idea of an evolving moving shape as well as a city being an analogy and a place for thought.

Here is an initial test film I created with footage around Glasgow. However after creating this I realised it was too over edited and the concept lost meaning. Therefore I decided to contain much of the animation and effects within the human body as a form to limit this factor.

Here you can see a section of the film where I am motion tracking a graphic I have created from the images shown bellow and have used distortion and invention to alter them and make them appear much more digital and growing or evolving in nature. 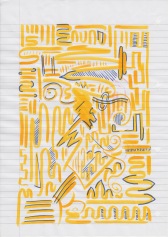 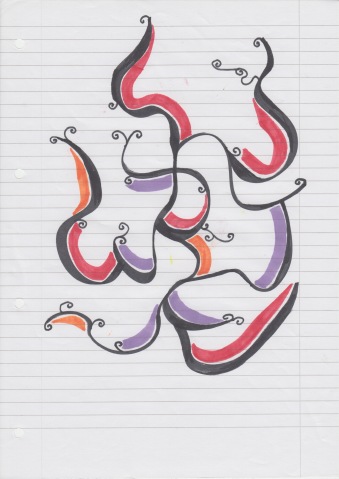 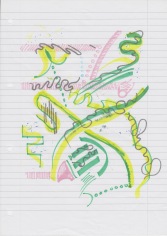 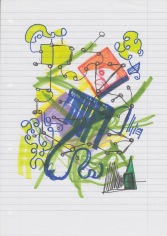 Here you can see an example of me chroma keying and then using a draw mask in order to create a body which appear to glow outwards the images contained within. I think this suits the point of the piece because I am trying to show the ideas people generate and therefore eventually externalise and this seems to show the initial stages of this process.

One of the main sections which I personally like within the film is the section where stems grow over the film from within the figure and towards it in different shots. This again reflects the idea of externalising ideas through art and gaining ideas from the outside world. I have mapped sections of the image so that they appear to be on top or nearer to us than the stems and this creates a more immersive visual while also making the animation appear more 3 dimensional.

Here are some of the most intriguing stills to me from the initial edit of the film. Some of the animated clips have yet to be completed and filler footage is used instead but I intend to make some of the less unique sections stand out more to come into the same standard as these ones.

Here is the final film I created for the project along with a piece documenting how I created it. After I finished this piece there was several things which I may have altered. Firstly producing something more interactive or generate could be the next step because it makes the user feel more attached to the whole experience.

Secondly I would have made my own sounds to make it feel more immersive and less like a music video. This is because just having a song rather than sounds generated yourself can make the experience feel too simple and just a surface level whereas deep integrated audio draws the viewer much deeper within.

Finally I would have used a stabilised device for all of the shots in order to make them more polished and make the whole film seem better produced as a whole.