Control is a project which revolves around using analogue buttons and switches, designed into an interface in order to manipulate a piece of code of graphics onscreen. 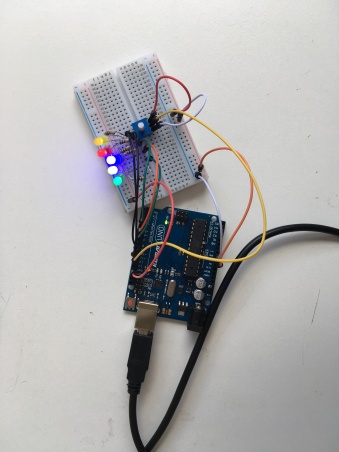 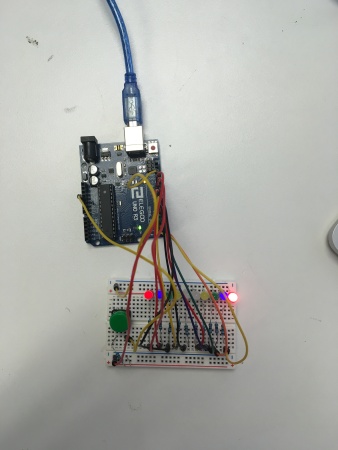 After experimenting with the basics of using Arduino and the fermata processing library, I decided to design some possible interfaces which I could use alongside the processing sketches I could generate in order to make the interaction between them more meaningful to the user. 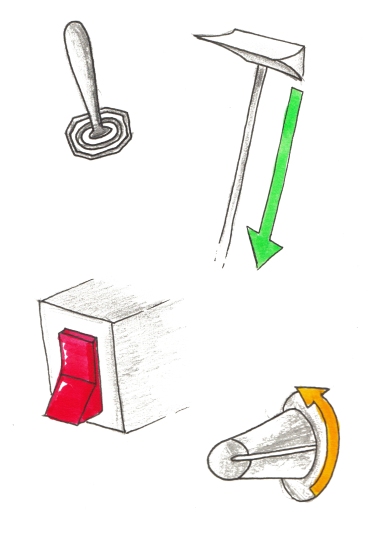 Once I had designed some simple interfaces, along with some more specific sketches relating to these peripherals, I decided more upon the amount and kind of inputs that I wanted. I would use 3 potentiometers, 4 switches and a slider to provide a varied but reasonable amount of input options to the user. 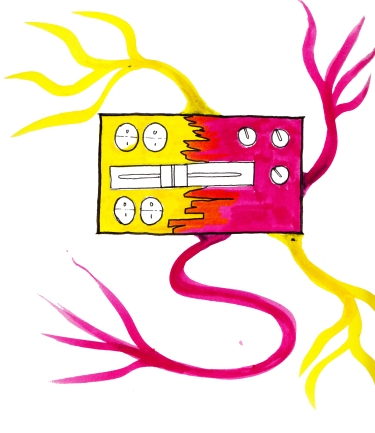 I decided that I wanted to create some form of expectant experience. This would mean that the user would be believing that their inputs would be leading to some dramatic change and kept on the edge of some form of revelation without ever reaching it.

I feel that this is an experience obviously not commercially viable in most senses because the chemical released when someone achieves something in a virtual environment is what usually leads people to come back to similar experiences again and again.

However I have found examples of where this effect is used within audio which I would like to include within this piece itself as it will make the user feel more immersed than a purely visual output format: 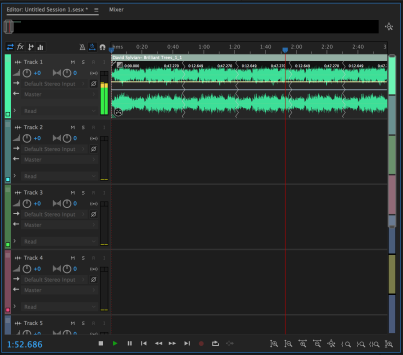 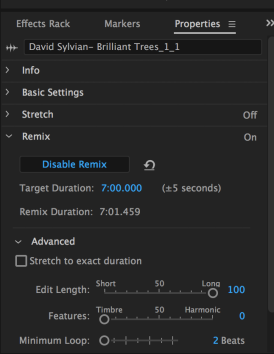 After experimenting in audition with songs which already appear ominous or alluding to something and using the remix function as well as reducing certain levels to make the user feel somehow trapped under a certain level, I feel that this effect will work extremely well with the effect I’m trying to pull off and will definitely feature within my final work.

The final Piece ended up being somewhere between generative art and fractals with continuing imagery showing up. However I feel it somewhat failed to clearly draw the line between an anticipatory and a ominous experience.

In the end I decided to re-tweak this whole sketch and system for the make some noise project. I decided to focus mainly on adding large user control over the sound rather than the small amount originally available. I also decided to remove the motif of the large logo which didn’t seem to fit with everything else within the sketch. I replaced with an edited image of water as I decided it would fit best with redirecting the piece. I retitled it “Drowning in Synesthesia” alluding to a dual interpretation. Either it is the user drowning in a literal sense with synesthesia or they are simply being sensually overloaded with many outputs being forced upon them.